So it’s been a crazy few months, I always mean to blog but normally find myself pushing it back in loo of other things! I think I’ve officially decided I’ll just do this when fun things happen and not put any promises out there since we all I’ll probably be into this for like a few weeks and then another blog won’t come for a few months lol!

Anyway with Christmas this week and New Years next I thought I’d share some DIY decorations I’ve done lately, so check your emails because I’ll be posting other stuff later in the week! I know it’s a little late in the game to pull this out now but the first one is really simple and quick if anyone’s having people over for any upcoming holiday celebrations and is looking for some extra cute decorations!! 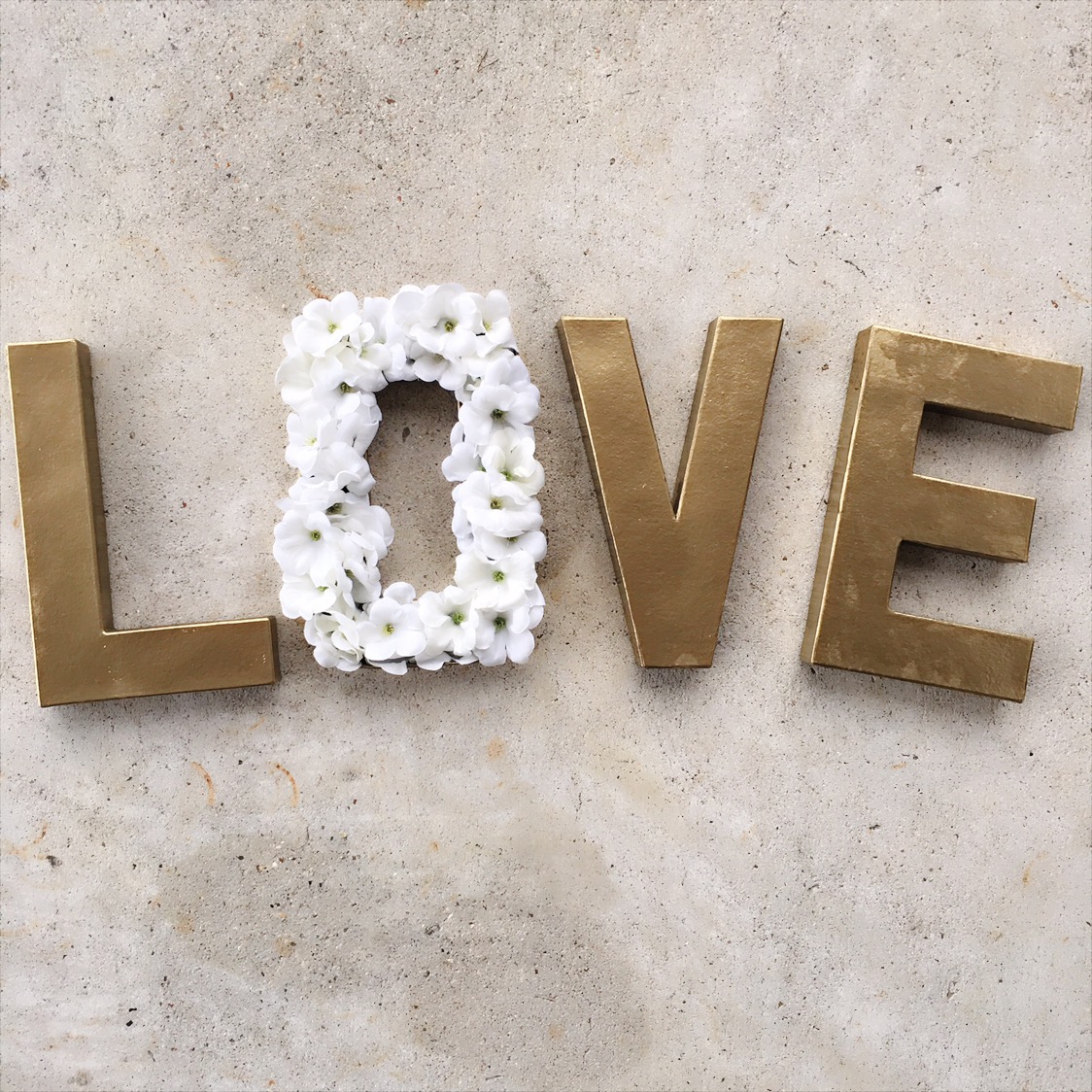 I used this for a shower I threw back in August! It’s so simple and I love it because the options are endless! Anyone that knows me knows white, silver and gold are normally my go to colors but this would be so cute with pinks or blues for a baby shower or silver/gold with red flowers for Christmas! If you aren’t into flowers glittering one letter would be just as cute, maybe all gold letters with a silver or white glitter letter as the accent?!

Even if you don’t want to add flowers I recently picked up letters for a girlfriend that spelled out JOY and sprayed them gold! Even by themselves it’s super cute – and cheap, which is a win, win! Im sharing with you guys what you’ll need and where to get it below!

The letters you can get here from hobby lobby, they are 8″ but have bigger which I’ve also used for showers or events. They are paper mache and stand up without any issues (the only one I’ve ever had a problem with a is a “j”).

My favorite gold spray paint to use the Krylon foil metallic gold – for anything, ever! It’s the best looking that I’ve tried so far! And trust me, I’ve bought a tonnnnn of spray paint! This I’m sure can be found anywhere but here’s a picture and the link to order online at hobby lobby! 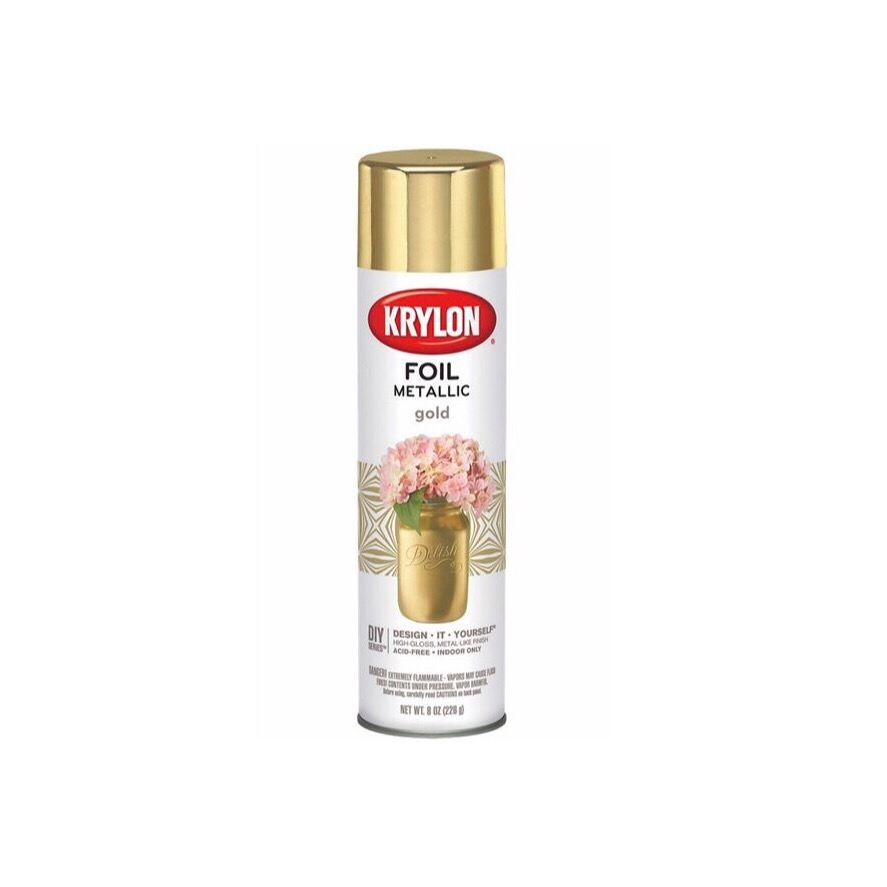 If you’re choosing to add flowers to your letters you’ll need any type of florals you like that are a smaller size, these obviously can be found at any craft store! You’ll want to detach the flower clusters from the stems and you’ll need a hot glue gun and a X-Acto knife!

First you’ll want to take your letters outside, FAR AWAY from anything you don’t want to get spray paint on (this stuff travels and I always have problems with it getting on my freaking concrete, or fence, or maybe my boyfriends boat cover, pahaha! You get it!) Spray, let dry and spray the other side, repeat until all covered! Then you’re going to use the x-acto knife to cut into one side of whichever letter you choose to have floral. Trace the letter with the knife until you can remove that whole side. Once finished it should look like the picture below. (The letters have some ribbing that I removed, and then glued back in place, to make for easier placement with the flowers) 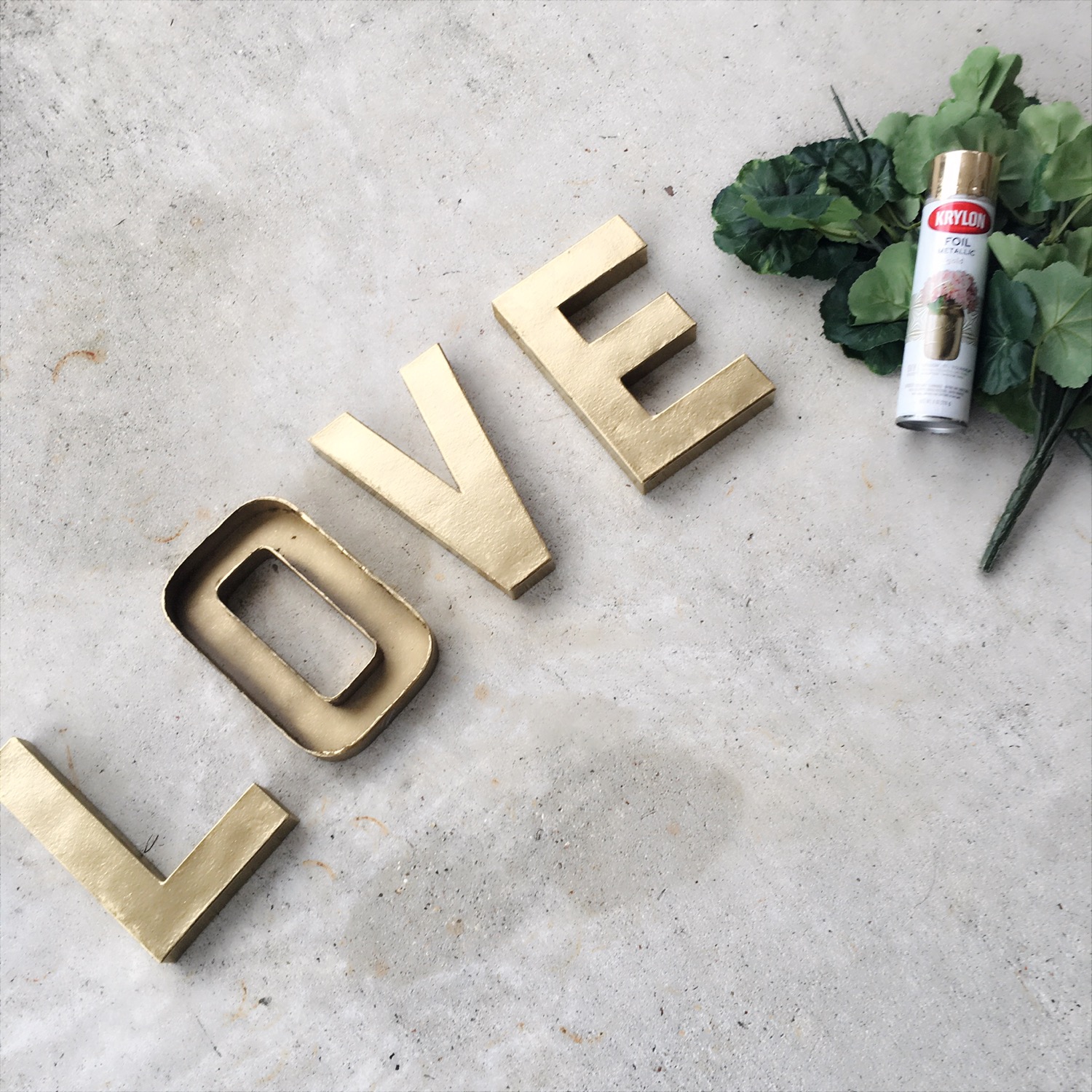 All that’s left is to glue your flowers, let dry and voilaaaaaa – that’s a wrap! 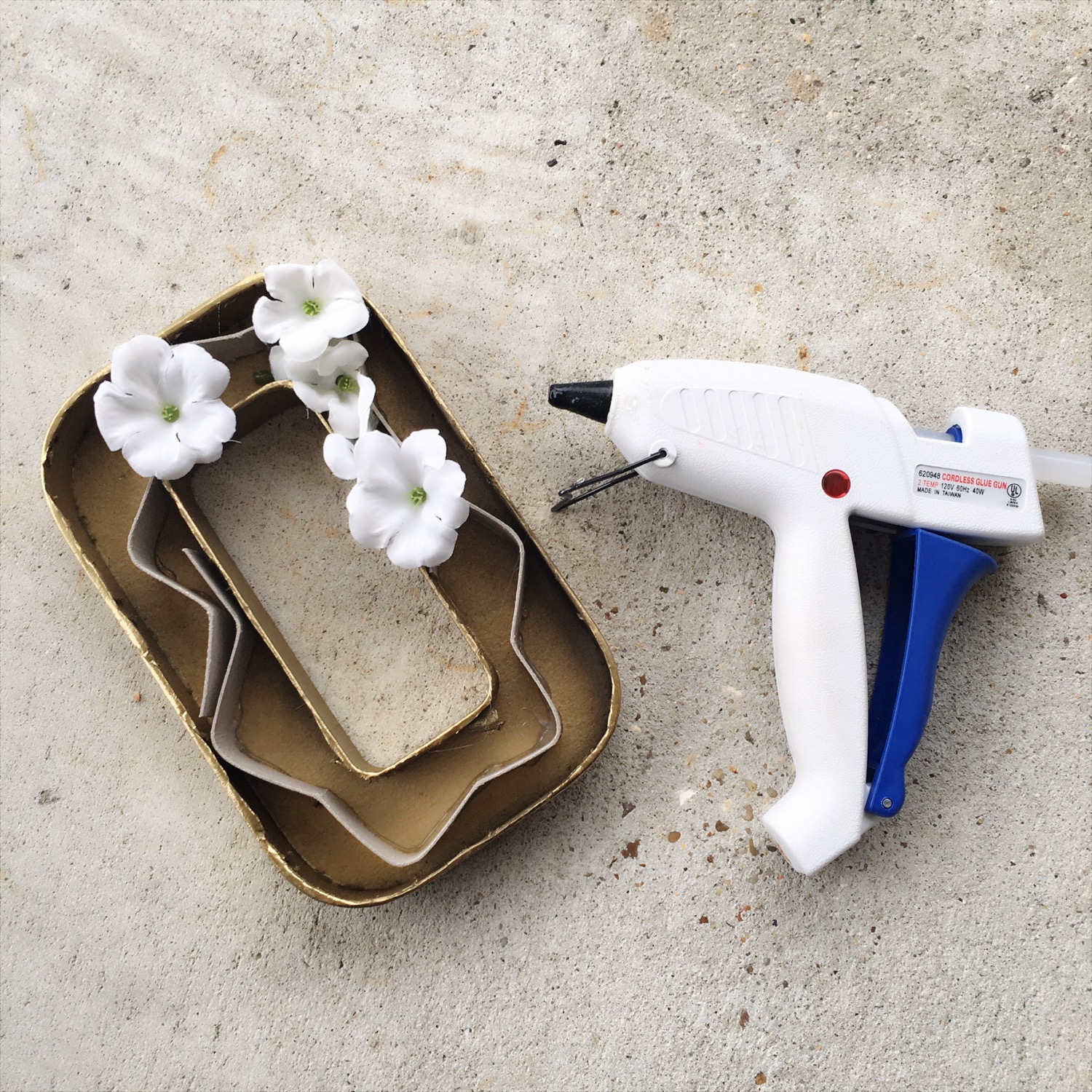 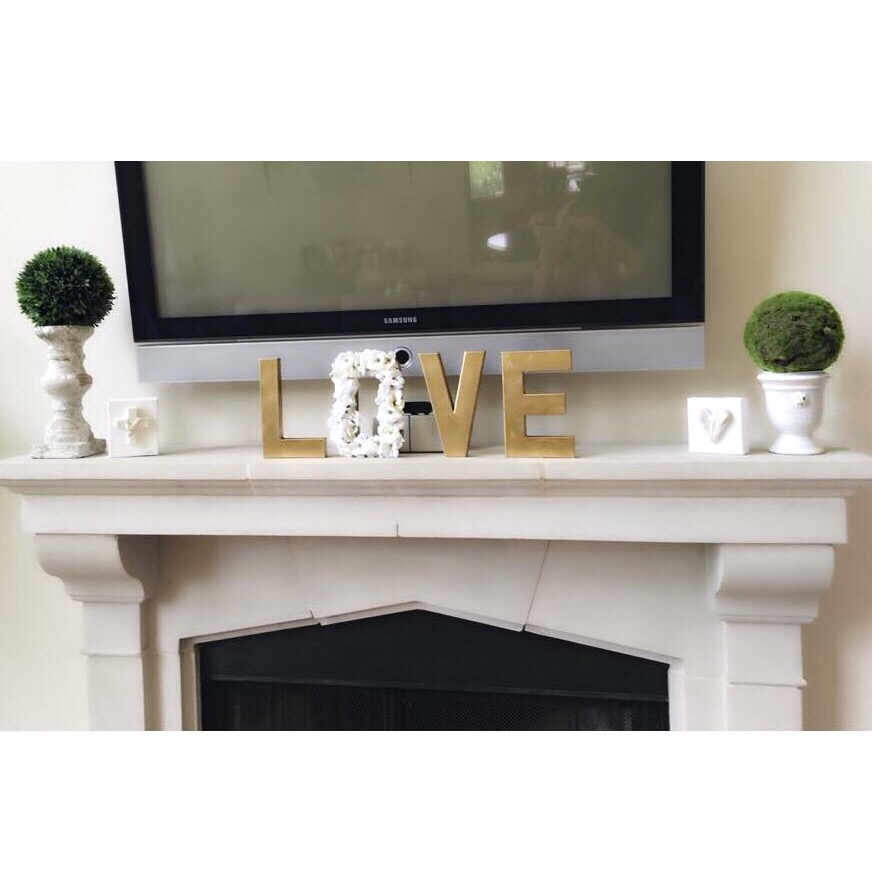 Merry, Joy, cheers and even 2017 would be perfect for any party’s or just for decoration around the house if you guys need any ideas!